Marijuana addiction is real, and rising

A historic exodus is leaving Venezuela without teachers, doctors and electricians – Washington Post

51 year old swimmer Benoit Lecomte sets off from Japan in a record Pacific crossing attempt. His planned destination is the U.S. west coast. It should take him about 6 months to complete. – BBC

New report finds no evidence that having sex with robots is healthy – WSJ (paywall) // Did someone, anyone, really believe it was?

A 23 year old Alberta student is attempting to cross Canada on a unicycle, and has so far made it over the Rockies. – CBC

Canadians are expected to be smoking, eating and vaping up to 35% more marijuana once cannabis is legalized – CBC // Will that make us even nicer?

Unintended benefit? Unlike alcohol, cannabis has no calories – CBC

Apple copied Google Android, again, and unveiled new features in iOS 12 to reduce distractions, including Screen Time, Do Not Disturb at Bedtime, grouped notifications, and new parental controls – Apple // Or you could exercise a bit of self discipline, take back control of your life, and simply power it off at bedtime and when you don’t want to be disturbed.

The CEO of Aetna, an American health insurance company, was considering suicide before he found meditation – Quartz

The founder of Mother’s Day strongly disagreed with the commercialization of a day meant for children to honour their mothers. – Quartz

A simple way to improve a billion lives: Eyeglasses – The New York Times

Only in select Canadian cities: Timbits Bouquet for Mother’s Day

Why do so many people feel their work is completely pointless? – The Guardian

US lawmakers release 3,519 Facebook ads from Russia-linked accounts showing a coordinated effort to sow distrust in US politics – Bloomberg

868: The oldest printed and dated book, The Diamond Sutra. It now resides at the British Museum in London.

1812: British Prime Minister Spencer Perceval is assassinated as he walked through the lobby of the House of Commons.

1910: Glacier National Park in Montana was designated a national park.

1997: IBM’s Deep Blue defeats Russian grand master Gary Kasparov in the deciding game of their six-game series in New York City. This is their second meeting and the first time a machine beats a reigning world chess champion in a classical match.

Scientists have trained a spider to jump on command – Sky News

Canadians are expected to spend $6.5 billion a year on pot by 2020. That’s more than hard liquor ($5b), junk food ($5b), but not as much as beer ($9b). – CBC (I think there are big opportunity selling Girl Guide Cookies and opening a chain of brownie bakeries.)

My name is Wil Wheaton. I live with chronic Depression, and I am not ashamed.

1986: Sherpa Tenzing Norgay dies. He and Sir Edmund Hillary of New Zealand were the first climbers to ascend Mount Everest, in 1953.

Pot dispensaries are selling marijuana at reduced prices as the Oregon sits on a million-pound glut of unsold weed.

Flooded with supply, prices are dropping so much that some dispensaries in the Portland area are selling the drug for $4 a gram. That’s less than half the cost of a bargain-basement batch in other US cities where marijuana is legal, like Denver and Seattle.

When the Oregon Liquor Control Commission (OLCC), the agency in charge of cannabis regulation, issued the first licenses to businesses in 2016, projections were for 800 to 1,200 businesses to obtain cannabis licenses in the first couple of years, according to Mark Pettinger, a spokesman for the OLCC.

But 1,824 marijuana-related business licenses have already been issued, including 981 production operations. Another 967 production licenses are in various stages of approval by the state and could come online later this year.

Stoner movies have at least helped a little towards normalizing the drug in the US. There’s still a long, long way to go towards sensible weed legislation, and the continuing pop-culture battle for that progress is more likely to be fought on small screens than in theaters now. Still, what better day to look back at the trailblazers of stoner movie history than today?

Second Cup wants to serve up a different kind of buzz by converting some of its coffee shops into cannabis dispensaries and, when legal, pot lounges.

Shares in the Canadian restaurant operator rose as much as 31 per cent to $3.62 apiece in early afternoon trading on Thursday after it announced that it has signed an agreement with marijuana clinic operator National Access Cannabis to develop and operate a network of recreational pot stores. However, neither currently has a licence to sell marijuana, so the deal is contingent on approval from the governments, as well as from franchisees and landlords. 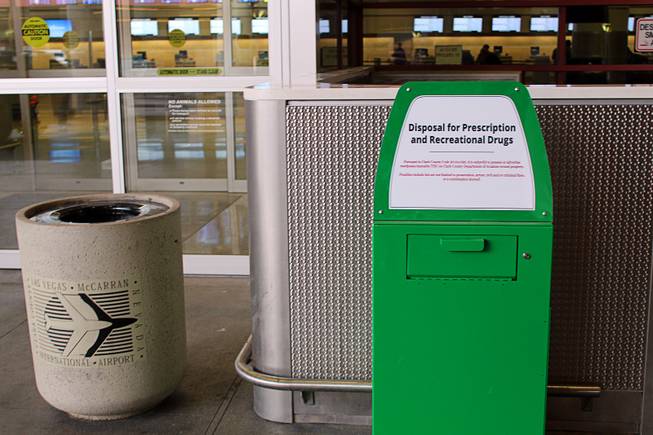 The possession of up to one ounce of marijuana and 1/8 ounce of the THC equivalent of concentrates and edibles was made legal in January, with legal sale and purchase of the drug going live on July 1.

From Jan. 1 to late September, if a person had weed on his person on Department of Aviation grounds and it was discovered by a TSA agent, Metro Police would be called and they would assess the amount.

The new policy will be straight-forward, according to District Attorney Larry Krasner.

“We are going to tell them, yes, drop any cases that are simply marijuana possession,” Krasner said at a press conference prior to the staff meeting. He stressed that the policy only applies to simple possession, not charges like possession with intent to deliver or selling it.

His approach builds on 4-year-old rules implemented by Mayor Michael Nutter and the previous District Attorney, Seth Williams. Initially introduced by current Mayor Jim Kenney when he was a city councilman, they gave Philadelphia police the power to issue citations for marijuana possession. That essentially made pot possession punishable by a fine.