10 Years After He Started, Norman Surplus Has Begun His Last Leg of His Around-the-World Journey in his Autogyro 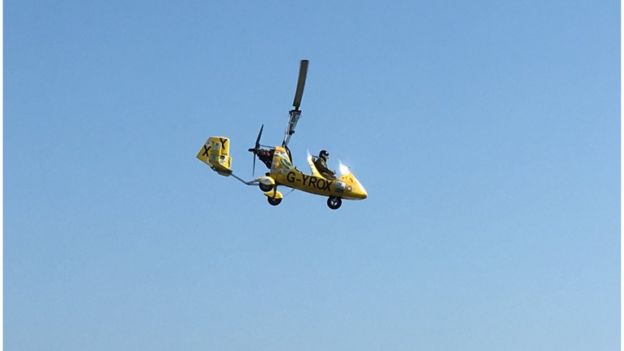 Nearly 10 years after he first began his mission, it was fitting that Norman Surplus left from his home town of Larne.

Mr Surplus will fly across Russia and complete what would be the first circumnavigation of the world in an autogyro.

On Monday, he took to the skies.

In August 2015, when he landed back in Larne, he set the record for single-handedly piloting his autogyro across the Atlantic Ocean.

He had previously flown across Europe, the Middle East, Asia and North America.

However, due to flight path restrictions imposed by Russia he was not able to fly across that country and complete the circumnavigation of the world.

The Guardian – 2015 article: Around the world in an autogyro: cancer survivor attempts a global first