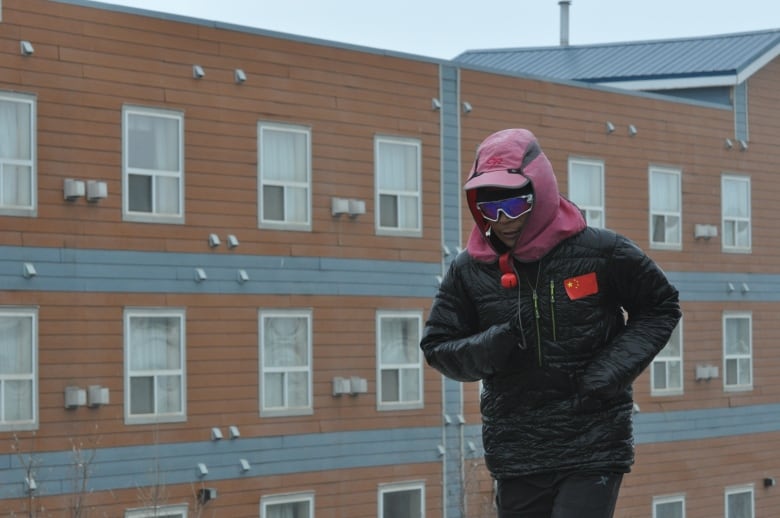 Bai Bin, a Chinese man, has become the first to finished a 24,000 km, 433 days (14-month), fourteen country run from Antarctica to the Arctic Ocean.

Beginning at the Great Wall Station in March 2018, Bai Bin arrived at the Arctic Ocean in Inuvik, N.W.T. in May 2019. END_OF_DOCUMENT_TOKEN_TO_BE_REPLACED

How humans evolved to become the best long distance runners

When it comes to endurance, humans can outrun wolves, cheetahs, and even horses.

At 76 years old, Dag Aabye is a living legend. Existing entirely off-the-grid in the mountains near Vernon, British Columbia, and without the trappings of modern day society. He has no cell phone or email address. Yet he is closer to freedom than most could ever imagine. If that isn’t enough, Dag dedicates his life to living out his greatest passion, training for a 125km Ultra-Marathon aptly named the “death race, for which he holds the record for the oldest person to ever complete the race.

“Never die easy,” Aabye says. “To me, there is no age. Age is something other people put on you. You put a person in an old folk’s home, and this person’s gonna die pretty quick because you tell them, ‘You’re old now—you’re ready to go.’”

In September 2017, I stepped up to the starting line of the Run Rabbit Run 100 in Steamboat Springs, Colorado, alongside my friend Jayson Sime. The race is a 102.9-mile ultramarathon with 20,000 feet of elevation gain, which is no small feat for a couple of guys who don’t know what they’re doing.

Jayson had talked me into it, and if I were to be completely honest, I’d say we were there to test out his life philosophy, which is basically that you can do anything you dream up, as long as you put in the work and refuse to quit. That ethic has worked for him in almost every other area of life, despite growing up in poverty, one of six children with no father, and dyslexia.

In the six months leading up to the race, we figured since we weren’t naturally talented runners, the best thing we could do is work hard. So we ran 50- to 70-mile weeks all summer, and went through a full range of feelings: fear, regret, sadness, FOMO, hunger, thirst, exhaustion, pain, and joy. And gluttony, which is not a feeling, but what happens after you run 20 or more miles.

McGillivray’s inner drive to not only attempt but complete such big events is unmatched.

“For me, a lot of this is self-esteem, self confidence,” he said. “It’s important for me to set a goal, achieve it — getting it done and feeling good about myself.”

Here are some of The Guardian’s suggestions for the best adventure travel challenges for 2018:

Check the article for the other suggestions.

Molly Huddle Sets a U.S. Record in the Half Marathon

Molly Huddle became the fastest American woman ever at the 13.1-mile distance on Sunday, setting the American record of 1:07:25 at the Houston Half Marathon.

A sincere CONGRATULATIONS to @MollyHuddle for breaking my American record in the half-marathon today in #HoustonHalfMarathon. Held for 12 yrs and I couldn’t dream of passing the torch to a more deserving athlete. 👊#cleansport

The Massachusetts marathoner, who won the 2016 World Marathon Challenge — seven marathons in seven days on all seven continents — will attempt to become the only person to twice complete the odyssey, which begins in Antarctica on Jan. 30 and ends in Miami on Feb. 5.

The Associated Press caught up with Pizzi, 37, a single mom with a singular mission:

AP: Why in God’s name would you do this again?

Pizzi: The locations! I get to run marathons in Novo, Antarctica; Cape Town, South Africa; Perth, Australia; Dubai, United Arab Emirates; Lisbon, Portugal; Cartagena, Colombia; and Miami. I love to run and I love to travel. I’m literally seeing more of the world, which is really fun for me.