Tom Phillips writing in The Guardian:

A parrot has been taken into custody in northern Brazil following a police raid targeting crack dealers.

According to reports in the Brazilian press, the bird had been taught to alert criminals to police operations in Vila Irmã Dulce, a low-income community in the sun-scorched capital of Piauí state, by shouting: “Mum, the police!”

The parrot, who has not been named, was seized on Monday afternoon when officers swooped on a drug den run by a local couple.

“He must have been trained for this,” one officer involved in the operation said of the two-winged wrongdoer. “As soon as the police got close he started shouting.”

All around the US kids are getting busted for running lemonade stands. Now there’s a legal-ade fund for this foolishness. 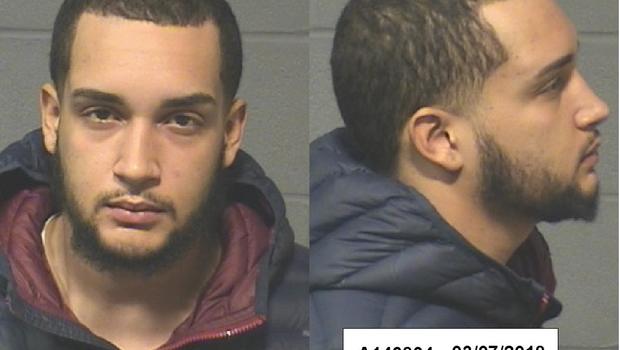 A Hartford man due in court to answer a charge of stealing a car apparently stole a car to get to court, police said.

Jonathan Rivera, 25, was at Superior Court in Hartford on Wednesday to answer a charge of first-degree larceny and tampering with a motor vehicle involving the theft of a car in Hartford on Feb. 17.

The 98-year-old Penn State Outing Club announced last week that the university will no longer allow the club to organize outdoor, student-led trips starting next semester. The university’s offices of Student Affairs and Risk Management made the determination that the hiking, camping and other outdoors-focused activities the student-led club has long engaged in are too risky.

A leaked Apple memo warns employees not to leak information

Apple is obsessed with controlling the message coming out of Cupertino.

It’s also worth nothing that it’s widely known that Apple itself is a major leaker of information.

Apple Inc. warned employees to stop leaking internal information on future plans and raised the specter of potential legal action and criminal charges, one of the most-aggressive moves by the world’s largest technology company to control information about its activities.

The Cupertino, California-based company said in a lengthy memo posted to its internal blog that it “caught 29 leakers,” last year and noted that 12 of those were arrested. “These people not only lose their jobs, they can face extreme difficulty finding employment elsewhere,” Apple added. The company declined to comment on Friday.

Apple outlined situations in which information was leaked to the media, including a meeting earlier this year where Apple’s software engineering head Craig Federighi told employees that some planned iPhone software features would be delayed. Apple also cited a yet-to-be-released software package that revealed details about the unreleased iPhone X and new Apple Watch.

Apple claimed an independent unauthorized repair shop owner in Norway violated its trademark by using aftermarket iPhone parts. However, that court decided in favour of the shop owner.

Last year, Apple’s lawyers sent Henrik Huseby, the owner of a small electronics repair shop in Norway, a letter demanding that he immediately stop using aftermarket iPhone screens at his repair business and that he pay the company a settlement.

Norway’s customs officials had seized a shipment of 63 iPhone 6 and 6S replacement screens on their way to Henrik’s shop from Asia and alerted Apple; the company said they were counterfeit.

In order to avoid being sued, Apple asked Huseby for “copies of invoices, product lists, order forms, payment information, prints from the internet and other relevant material regarding the purchase [of screens], including copies of any correspondence with the supplier … we reserve the right to request further documentation at a later date.”

That’s Foolish for a couple of reasons. That a teacher, let alone someone who is supposed to be trained to work with autistic children, would press charges against a 2nd grade student. And secondly, that the law in New Mexico allows for 8 year old children, autistic or not, to be charged criminally.

Metro teacher files police report against student with Autism after being punched in the face – Brittany Bade, KRQE 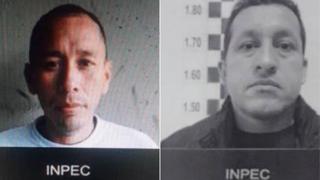 The two fugitives were identified as Jhon Gutiérrez Rincón, a Farc rebel who was sentenced to 40 years in prison for kidnapping in 2003, and Olmedo Vargas, who had recently demobilised from the Farc rebel group but who was awaiting trial for alleged theft.

The prison authorities said they had not been able to detect any damage to the structure of the prison or its gates and they were therefore working on the assumption that a guard colluded to help them escape.

As a multiple Boston Marathon alumnus, I can tell you that few marathoners are fueled by empty donut calories. And fewer still that have qualified to run Boston.

I’m peeved with Saucony. Saucony was previously thought as a brand associated with serious runners. I have purchased many of their running shoes and apparel in the past. I’m surprised they would associate themselves with, and promote such an unhealthy food choice to their customers. This might help Saucony’s bottom line, but what bothers me most is that this sullies the distinction between what is healthy and what isn’t in the minds of average person.

But then I might be old fashioned. The limited edition running shoe of 2,000 pair, sold out quickly.

Check out our stories for a closer look at the sweetest kicks you never knew you needed. Preorder today at https://t.co/abknGvnezd.#WelcomeToBoston #RunYourWorld @DunkinBoston pic.twitter.com/HDSYgxdzYo