Ramírez won “without a hydration vest, special running shoes, Lycra or compression sleeves… Without any of the gadgets used by runners today. Without publishing her kilometers run on Nike or uploading her achievements on Facebook, out of sheer necessity she won.”

The annual Gallup Global Emotions Report attempts to measure life’s intangibles — feelings and emotions — and provides a snapshot of people’s daily experiences. The survey focused on the previous day’s experience. Gallop then ranked each country on both the Positive Experience Index and the Negative Experience Index.

Of some 151,000 adults surveyed across 143 countries for the report, a third said they suffered stress and at least 20%  experienced sadness or anger.

The five questions on Gallup’s Positive Experience Index questions focused on the previous day and asked if they felt well-rested, if they were treated with respect, if they smiled or laughed a lot, if they did something interesting, and if they experienced enjoyment.

END_OF_DOCUMENT_TOKEN_TO_BE_REPLACED

Iohan Gueorguiev’s videos are well made, but they are generally an hour long.

With this video Iohan recaps his trip so far, from Alaska to Argentina, in less than 15 minutes.

If you like this, you’ll love his full length videos. In May 2014, Iohan Gueorguiev (website – YouTube – Twitter – Instagram) started cycling from the Arctic Ocean at Tuktoyaktuk, in Canada’s Northwest Territories. The plan was to cycle to the tip of South America in a year, maybe a few more months.

END_OF_DOCUMENT_TOKEN_TO_BE_REPLACED

China will be the world’s top tourist destination by 2030

Chinese authorities have recognized that tourism is a key pillar of their economy, and they continue to invest heavily to improve infrastructure and standards, in addition to opening up the country with increasingly tourism-friendly policies and initiatives.

At the World Travel Market in London, Euromonitor International’s Head of Travel Caroline Bremner said: “Destinations like China are poised for a successful performance in inbound tourism, with China set to overtake France as the leading destination worldwide by 2030.”

The report estimates there will be 127 million arrivals in China each year by the end of the next decade, compared to 126 million in France and 116 million in the US. 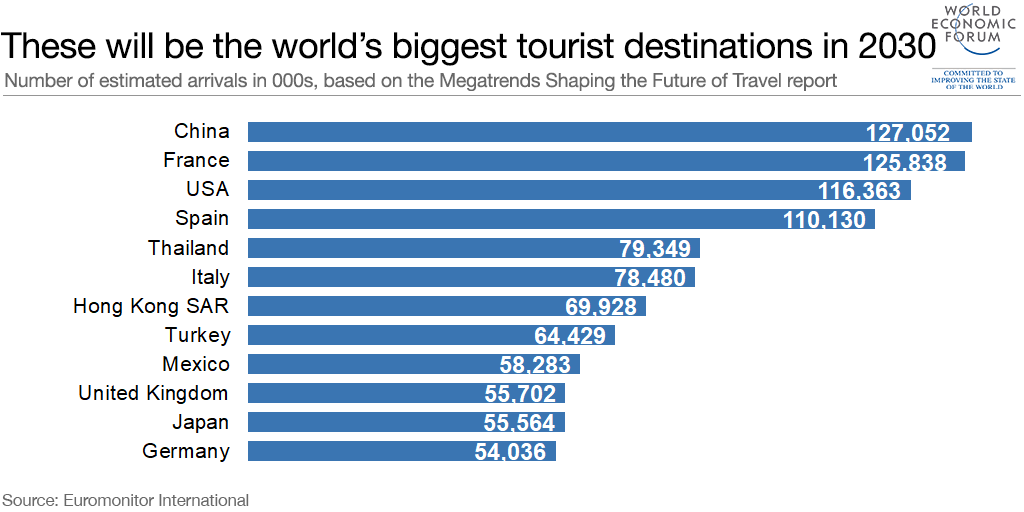 And as household incomes and standards of living continue to rise, more Chinese are predicted to be travelling overseas in the coming decade than any other nationality. 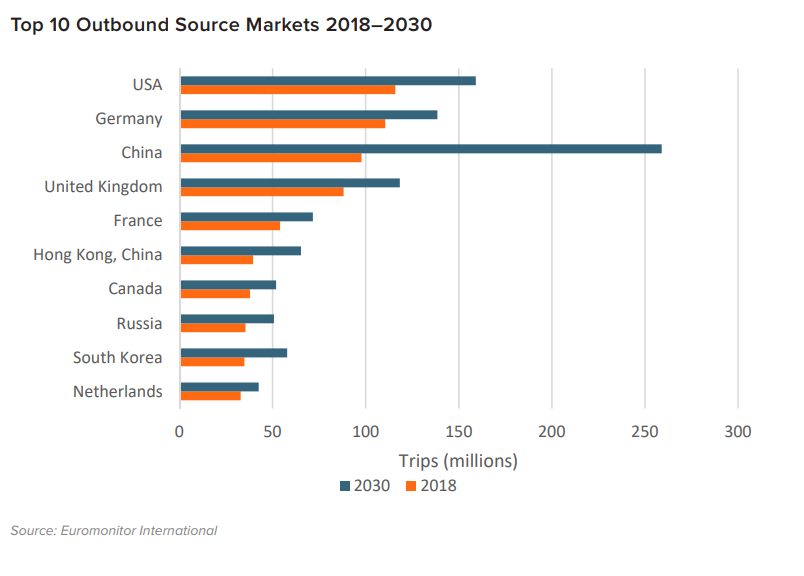 UNWTO report confirms another record year for tourism, for most

According to the United Nations World Tourism Organization’s 2018 Tourism Highlights, the total number of international tourist arrivals (overnight visitors) grew 7 percent from 2016 to 2017.

International tourist arrivals reached a total of 1.323 billion in 2017, some 84 million more than the previous year and a new record. The sector has now seen uninterrupted growth in arrivals for eight straight years.

2017 was the eighth consecutive year of above- average growth in international tourism following the 2009 global economic crisis. The growth in the travel and tourism industry has been fuelled by the global economic upswing, resulting in strong outbound demand.

By region, Europe and Africa saw bigger than average growth of 8 and 9 percent, respectively. By subregion, North Africa and Southern and Mediterranean Europe saw the greatest increases in 2017, reflecting strong demand for destinations along the Mediterranean.

When looking at sheer numbers, Europe continues to lead with almost half of the world’s total international arrivals, at 671 million. Europe was also home to six of the ten most visited countries in 2017, with France remaining in the lead.

Spain overtook the USA for second place as international tourism to the USA was down almost 4%.  END_OF_DOCUMENT_TOKEN_TO_BE_REPLACED

The inaugural Intrepid Adventure Index contains current information and research examining topics such as top destinations for Australian travellers, how Aussies define adventure travel, trends in the travel market,  and even a handy infographic on getting bang for your buck around the world.

The top destinations for Australian adventurers:

Read more on the Intrepid site.

Part of the World’s Inspiring Places for travellers series.

To be yourself in a world that is constantly trying to make you something else is the greatest accomplishment.